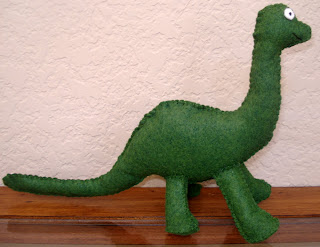 My friend Helen has a little girl who loves dinosaurs. When she requested a dino making tutorial, the long necked, long tailed brontosaurs came to mind as an easy dinosaur to translate into felt. I also wanted a dino who could stand on his own four feet. Enter Pronto the Bronto.
The Ingredients: 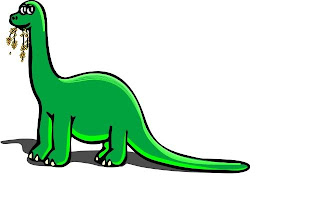 First I needed a brontosaurs image to use as a pattern. This guy worked perfectly. I found him on a free clip art site. 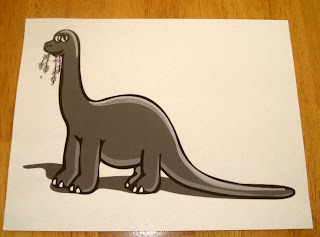 I copied the image, opened it in MS Paint and resized it to 200%. Make sure to print two copies (they can be black and white) and print with the paper oriented horizontally. 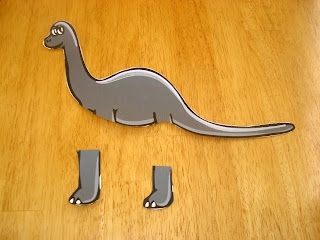 With the first copy, cut all around the dinosaur's body, leaving the feet. With the second copy, cut out the long and short feet in the foreground of the image. 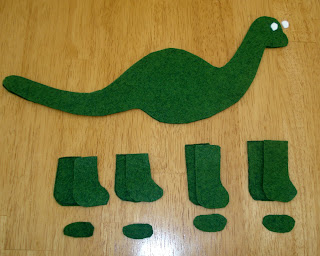 Now, we'll use those as patterns for our bronto.
- 2 body pieces in dark green felt
-8 leg pieces, two short back legs and two long front legs in dark green felt
-4 Foot bottoms. Since we want the bronto to stand, he needs flat feet. Using the foot on the pattern piece to gauge  the length, cut ovals about a half inch wide for each foot.
-2 small white felt circles for eyes
-Dark green and black embroidery floss
The Recipe: 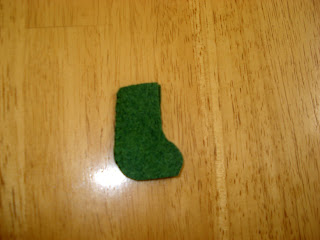 I'm going to apologize now for how terrible some of these tutorial photos are. I didn't realized there were all so blurry until after Pronto was finished. Any way, what is hard to see going on is that we're sewing the feet first. Leaving the top of the leg open, sew down just until you round the heel on the back of the foot. 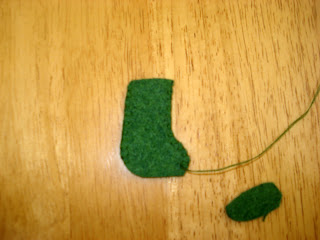 Then, sew down the front of the leg just until you round the toes. 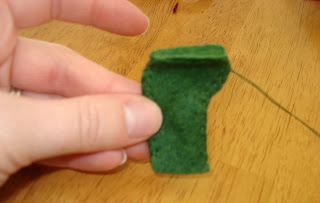 Next, nestle the foot bottom into the open spot at the bottom of the foot. 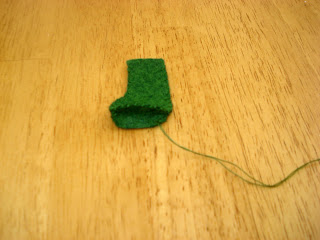 Whip stitch around the oval to attach it to the bottom of the foot. 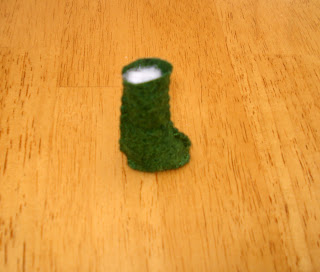 Now, stuff the foot. Be careful not to over stuff as you want the bottom to still be flat so the dino stands. 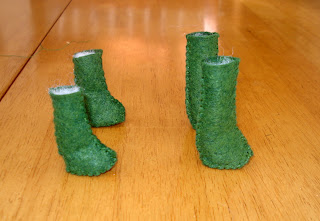 Repeat this process for the other three feet. 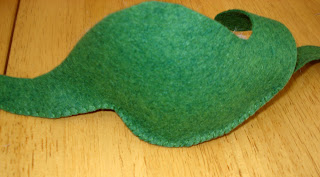 Now on to the body. Starting at the end of the tail, sew the two body pieces together working along the belly side, stopping as you start to get up the neck. We want to attach the feet to the body before we close it up. 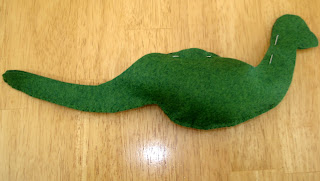 Add stuffing and pin the neck and back of the bronto closed. We want to have an idea of how it will sit when it is done when we position the legs. 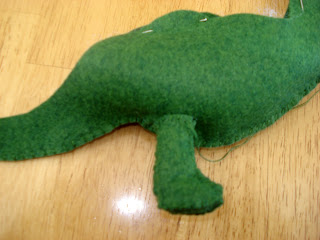 About a half inch from the base of the tail, sew around the top of the leg to attach it to the body of the bronto. 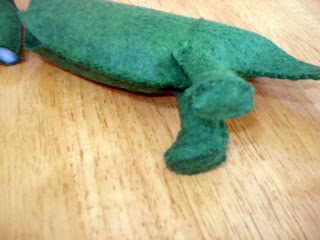 Keeping the legs even, attach the second leg on the other side of the body seam. 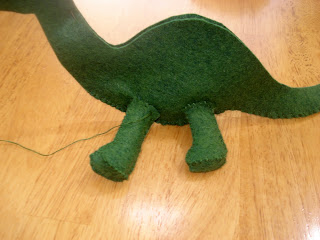 About 3/4 of an inch away from the back leg, attach the first front leg. 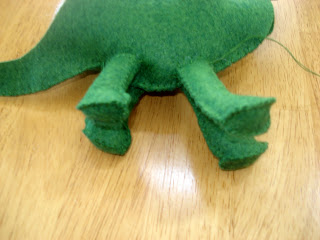 Again, making sure that your legs are even with each other, attach the last leg. 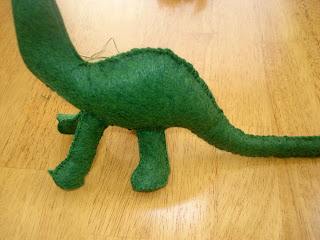 Now that all four of the legs are sewn on to Pronto, go back to his tail and start sewing up the top towards his back. Be sure to stuff as you go and pack the stuffing in pretty tight so that the dino holds his shape. 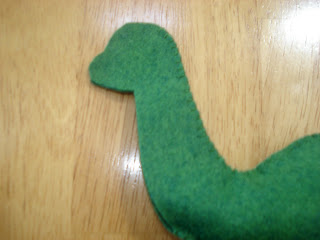 Sew up  the neck until you get to the top of the bronto's head. Now we sew on the eye before we close the head up. 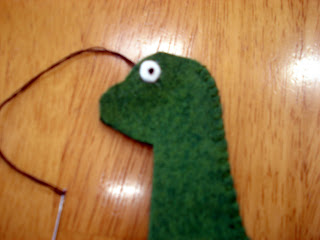 Position the white iris and secure with a black French Knot for the pupil. 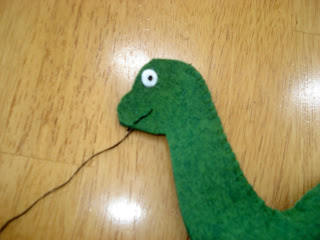 Next, sew a few black back stitches to make the mouth. 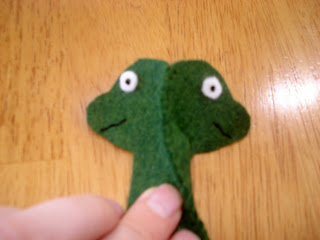 Repeat the eyes and mouth placement on the other side of Pronto's face, checking to be sure they are even. 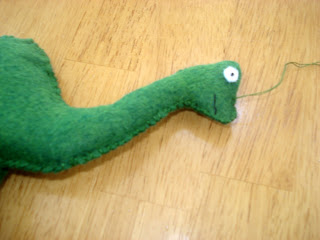 Then, finish sewing the rest of the bronto's head shut. 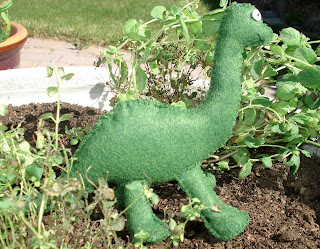