We're Off To See The Wizard--Felt Witch Hat Tutorial 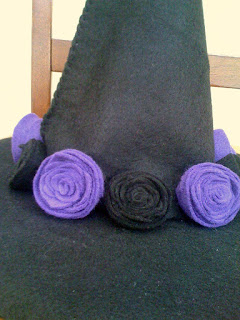 Wizard of Oz is one of my all-time favorite movies. I watched it over an over as a child and still know most of the words by heart. I carried a lunch box donning Dorothy to my first day of kindergarten (and I still have that lunch box). I even recently commissioned Kasie over at Miss P's Bowtique to make this adorable set of bows for me: 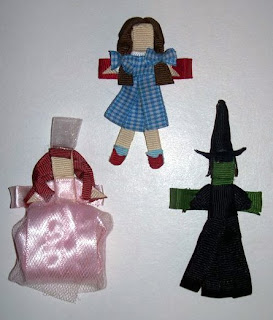 Yes, I will be wearing them in my hair around the house when no one is looking as I have no daughter to make wear them. Sigh. 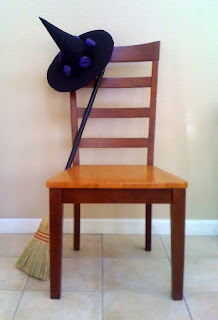 When my friend Helen mentioned a family Wizard of Oz theme for Halloween costumes and the need for a child sized witch hat, I jumped to the task of finding one. I came across this Elphoba (the Wicked Witch's real first name) hat tutorial from Momtastic, which I thought was so cute. I ended up making several changes to the original design and thought I would share my alterations. Be sure to check out the pattern on Momtastic for the hat making basics. 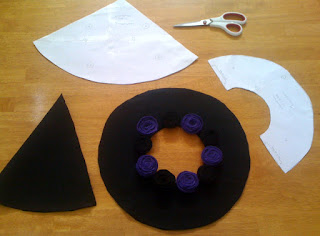 I cut my pieces according to the original tutorial. I don't have a glue gun or sewing machine (I must not really be that crafty) so my version is totally handmade. 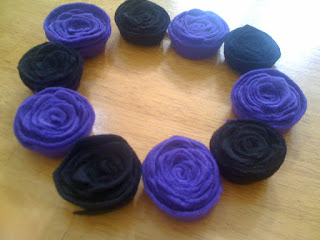 I knew the rest of the costume for the Wicked Witch was going to involve a purple and black tutu and wanted to incorporate those colors into the hat. I cut half the flowers out of purple felt and I made my cuts rather wavy so the petals weren't uniform and stood out a bit more. 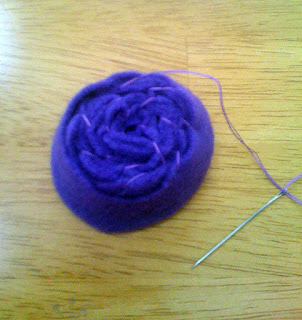 Since I am glue gun-less, I stitched the underside of the flower layers together. I worked from the center outward, making sure to thread through all the layers so the flower won't come apart. 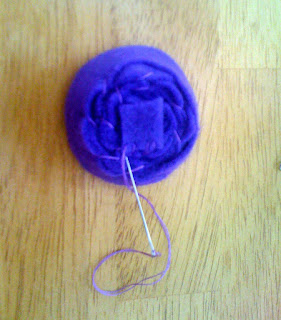 I decided rather than sewing all of the flowers on to the brim of the hat, I would make them removable with safety pins. I took a little square of coordinating felt and stitched a little tab to hold the safety pin. 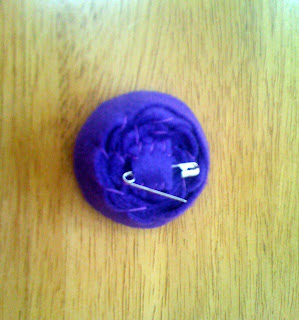 These flowers can now be pinned on other items, too, like scarves, hats, shirts, backpacks, fabric headbands, whatever. Too cute to just say put! Here are all the flowers after they were sewn and tabbed: 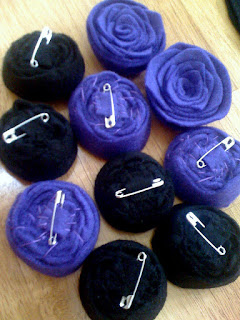 When it came time to make the brim, I wanted it to stick out stiffly rather than be floppy (though floppy is cute, too). To achieve this, I used the brim pattern and traced it on cardboard. 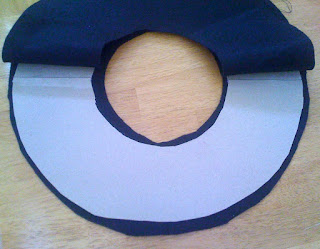 I trimmed it up a bit so that I still had room to sew the seam on the inside and outside of the brim. 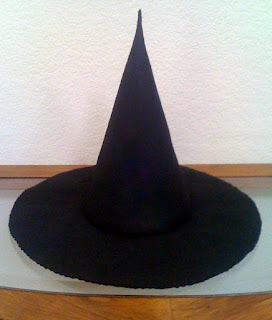 Because we are not permanently attaching the flowers, our base is a great basic black pointy hat. This could be worn by a wizard or warlock as easily as a witch. We can also change up the flowers so it can be used for other costumes or dress-up at another time. Now, to pin the flowers on, start with the pin on the inside of the hat. Poke the pin out to the front, loop through the sewn tab and close the pin. Keep the stationary part of the pin towards the inside of the hat so if it accidentally opens, it will stab the felt flower and not your child's head. 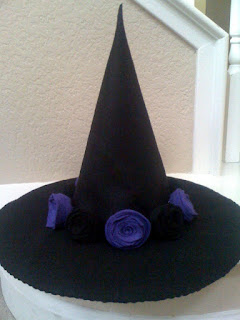 Now our witch hat is done! I bribed my son with the Wii mote to let me take a photo of the hat on an actual child. He let me take exactly 3 pictures: 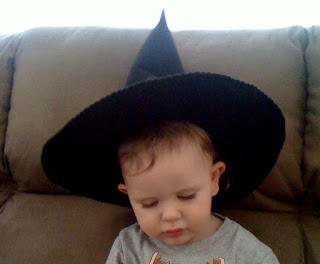 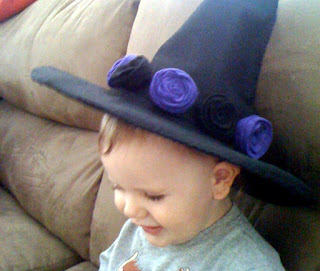 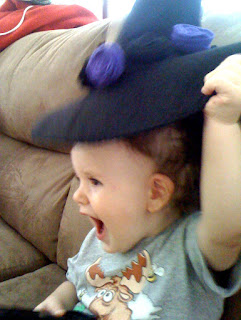 I wonder what I'll have to give him to try out those Wizard of Oz hair clips. . .
Happy Sewing!
~Brittany
Posted by Mama's Felt Cafe at 8:24 AM